The Graph Window is the analysis interface that facilitates data visualization and gating. FlowJo’s Gating tools are powerful instruments that help you get the most out of your FACS data.

Gating refers to the process of selecting a subset of the collected events for further analysis. Subsets can continue to be gated to generate further subsets, until a collection has only the cells for which a graphic display or analyzed statistics are desired. 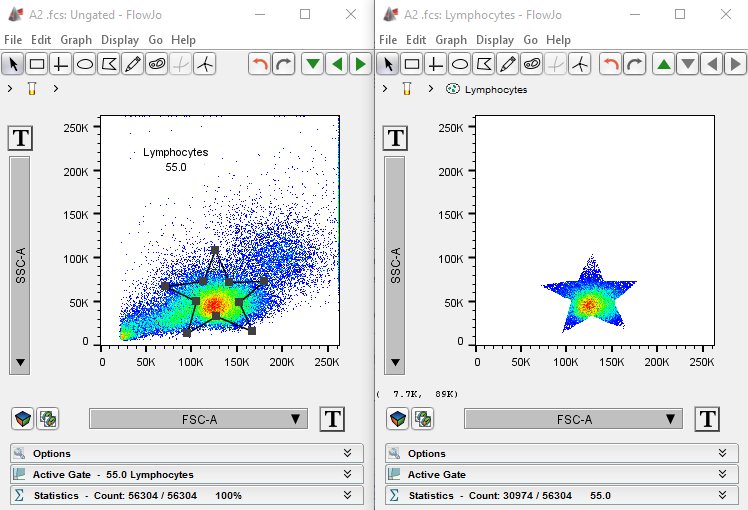 The process of gating simply creates a new population. Naming subpopulations is important. Siblings (subsets from the same parent but displaying different parameters) with the same names are not allowed to avoid confusion.  In general, avoid using duplicate names of subpopulations within any given sample.

The gating tools are as follows:

Rectangle gates – Rectangular gates are the most efficient to calculate, making this a primary tool for rough gating.

Ellipse gates – This is the tool to draw round  gates over a region of interest.

Autogates – Create a polygon matching the distribution of events in the two specified dimensions.

Curly Quad gates – Quad gates, but with exponential curves in each dimension to better model increases in the data.

There are also ranged gates and the bisector tool which are only available for use with univariate plots (histograms, CDF), shown below.

You can read more about gating at the links below.