One of the biggest advantages of FlowJo is the ability to copy analyses (gates, statistics, kinetics, cell cycles, etc.) from one sample to another by drag and drop. 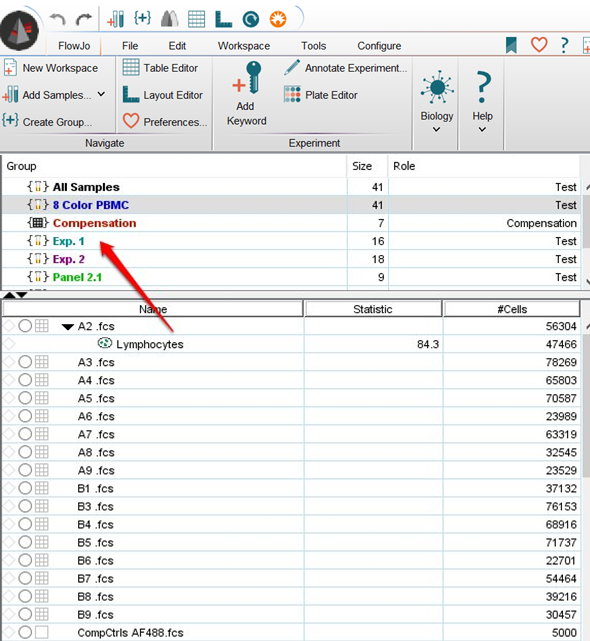 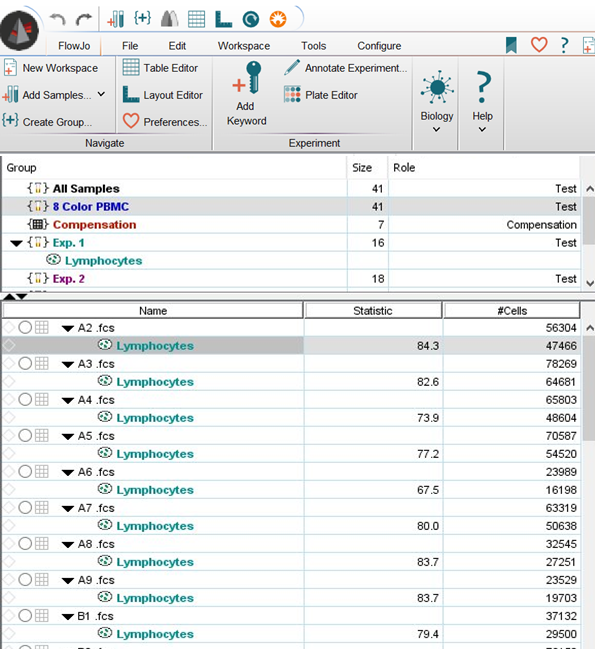 You can drag entire trees around this way, selecting children, parents, or multiple nodes accomplished by Control-Click (Mac) or Shift-Click (PC).

You can automate the process of applying analyses to samples by using groups. You can add analyses to a group; then every sample which belongs to the group or is later added to the group gets those analyses. This is one of the powerful batch analysis features of FlowJo. You may view an example of group-based analysis.

You can drag analyses across workspaces; in other words, you can drag an analysis node from one workspace and drop it onto a sample or a group in a different workspace. You need to have both workspace windows open to do this; simply drag from one to the other.