HeatMaps are widely used to organize and visualize data. These plots can be particularly useful for identifying patterns, such as cell cluster to gene set correlation. Clear organization of the data allows the human eye to inspect outputs from algorithms, like t-SNE and hierarchical clustering, against expression and other metadata.

In SeqGeq the HeatMap plots are created from population overlays the Layout Editor, where various aspects of the figure can be customized. For example, changing the coloring of the expression gradient.

To create a heatmap in the Layout Editor, first open that area of the software through the appropriate icon at the top of the workspace, or in the Analyze tab within the Navigate band:

There are two prerequisites to create a heatmap in SeqGeq, at least one population of interest in the workspace, (this could be an entire sample), and usually one or more corresponding gene-set of interest – though individual genes can also be mapped. Heatmaps are often used to confirm population clustering and gene sets derived from differential expression analyses. Subpopulations can be created by gating in cell-view within a Graph Window. Similarly gene-sets can be gated within the Pivot Window (aka gene-view), or imported from a CSV.

How to Use Heatmaps

Creating a heatmap from a population and gene-set pair of interest is easy in SeqGeq. First add a population from the sample section of the SeqGeq Workspace to the Layout Editor (drag and drop). Second, drag and drop any other subpopulations onto the graph created, to generate an overlay, the shift key is your friend when selecting multiple populations. Lastly, simply right-click on the resulting graph in the Layout Editor, select “Make HeatMap”, choose the genes/gene-sets to heatmap, and voila! Note: The heatmap calculation can take some time to complete, depending on the data matrix selected. 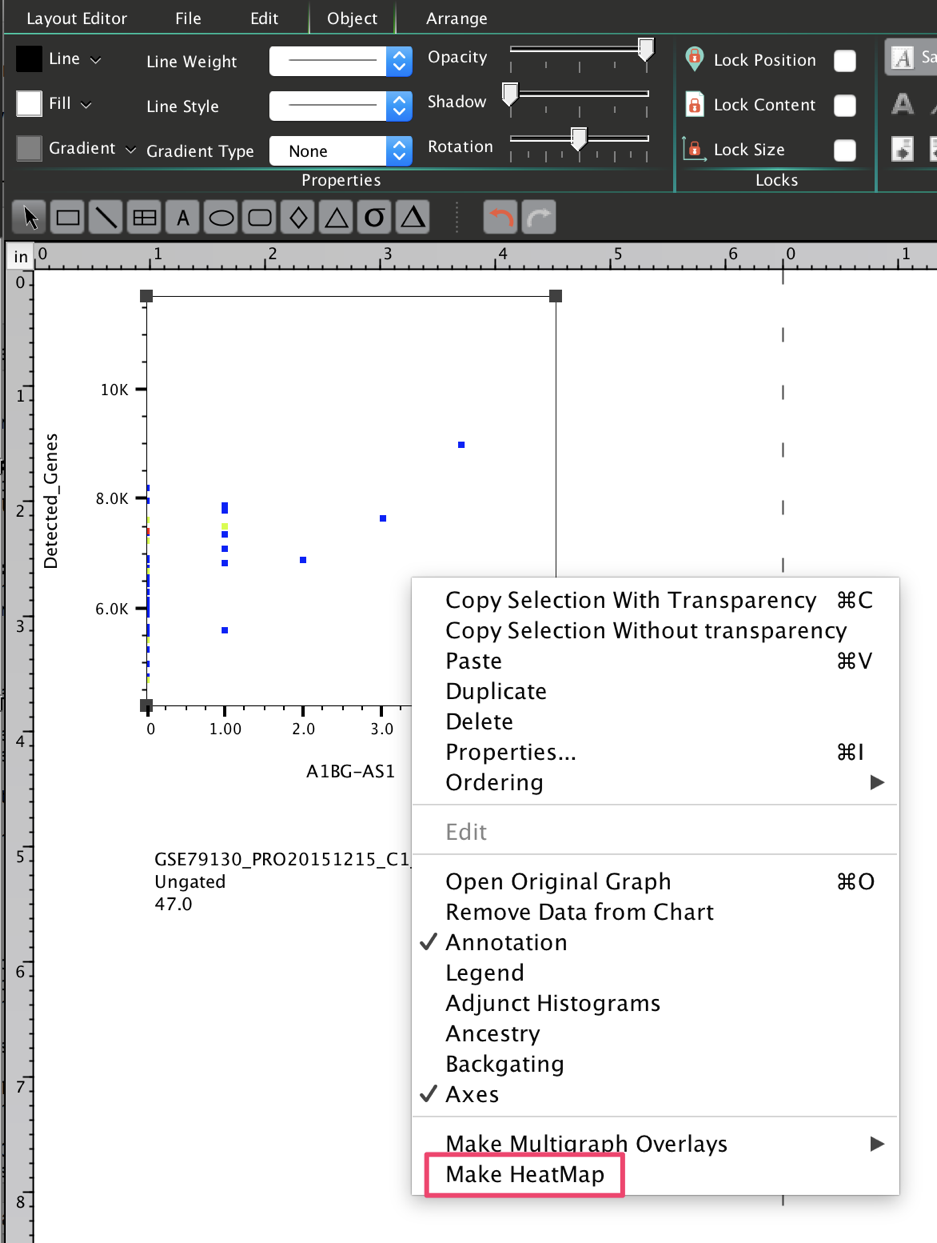 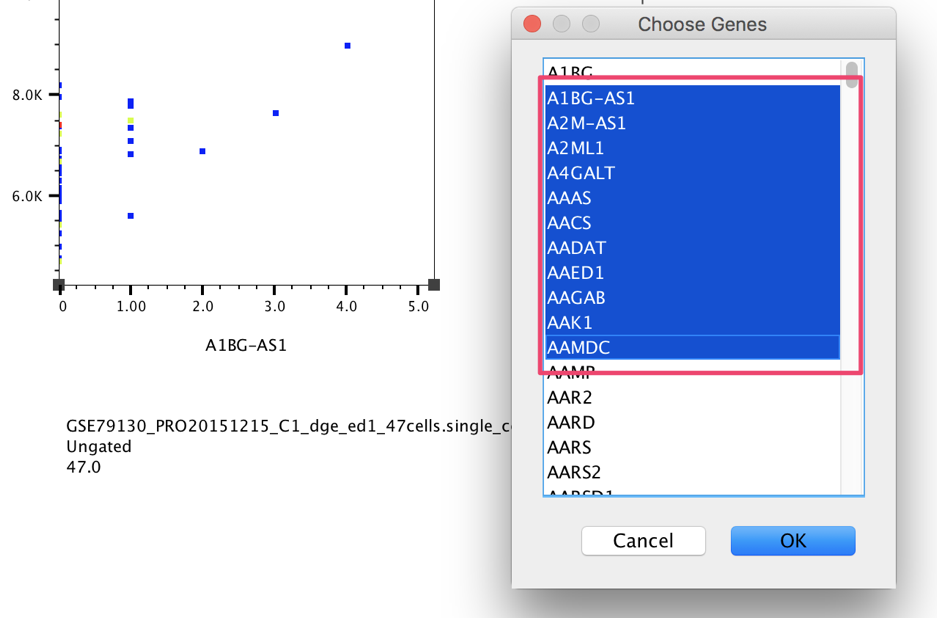 You can alter the color scheme used in heatmaps by double clicking on the heatmap, and choosing another color mapping: 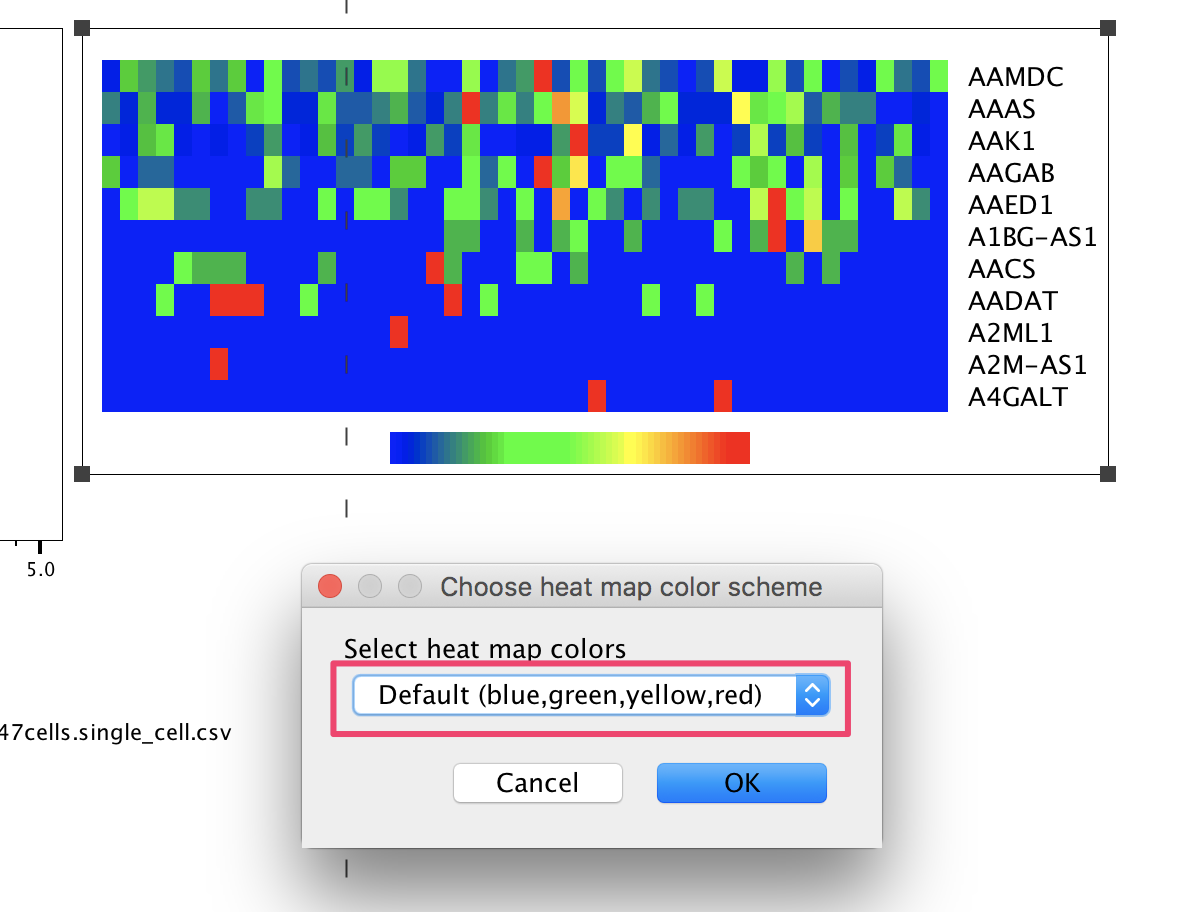 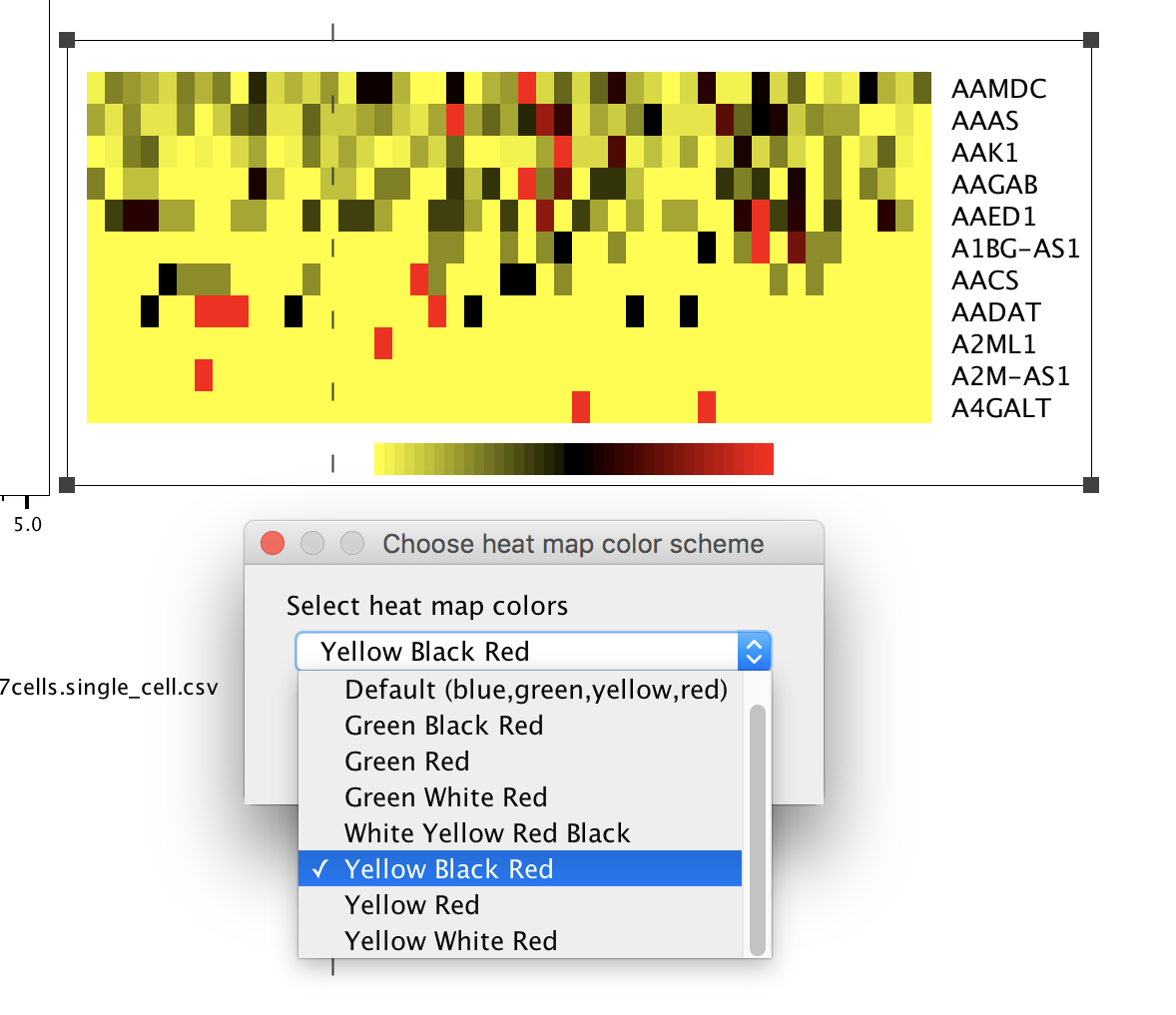 Note: You can add subpopulations to the heatmap by dragging and dropping them from the workspace directly onto the plot, similar to a simple overlay.

The resulting Heatmap can be exported as figure by accessing the Export Image function within the File tab of the Layout editor: 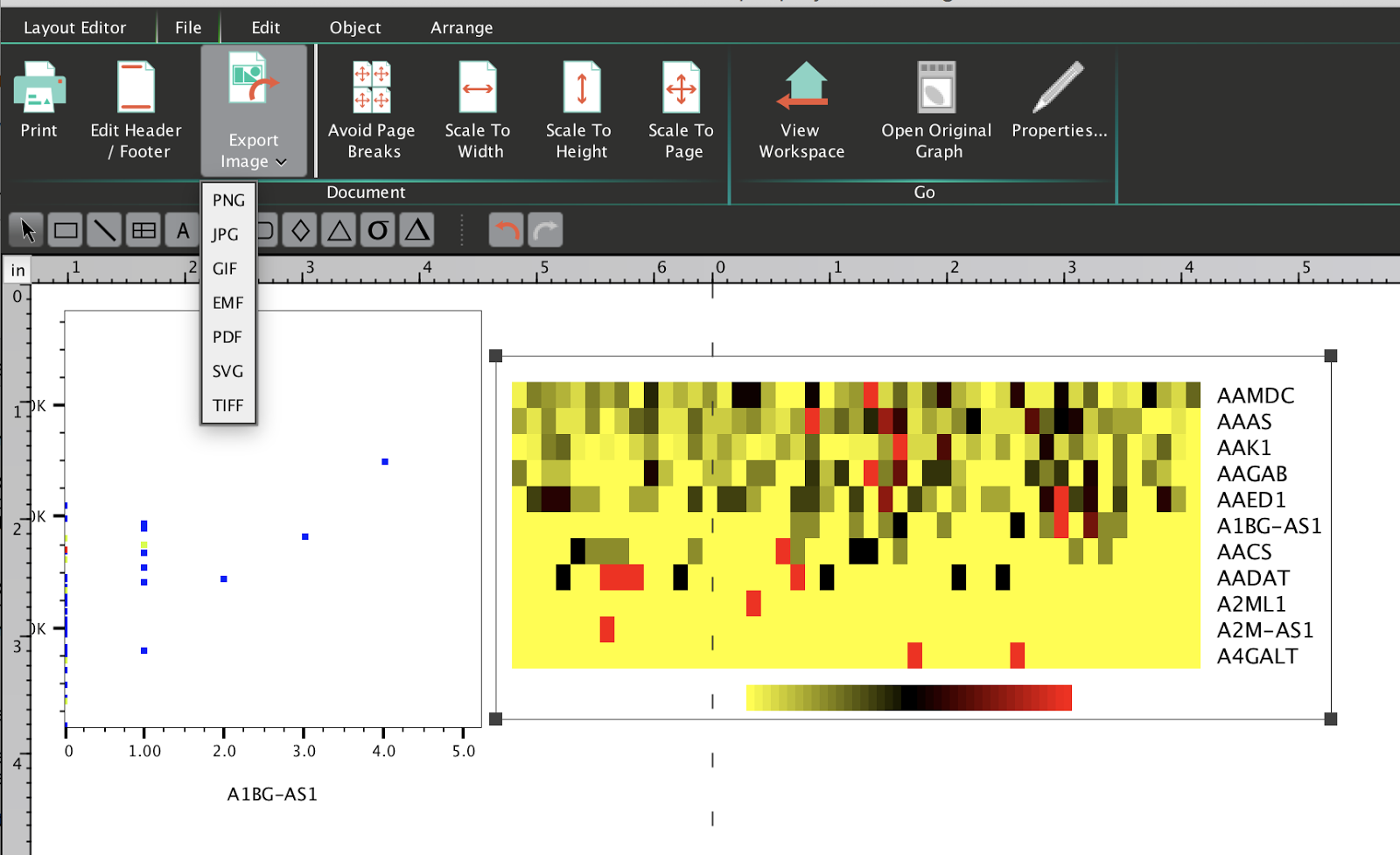 If you have any trouble using the Heatmap feature in SeqGeq, please write to seqgeq@flowjo.com with details of the obstacle(s), for immediate assistance.