When first approaching a single-cell RNA-seq dataset, the task can be daunting. You are faced with tens of thousands of genes (or splice variants), and as many cells or more. From here you have two possible starting points in SeqGeq:

Combined management of both your parameters and populations’ gating hierarchy will help you organize and explore your dataset with unprecedented efficiency.

Most commonly, a user follows an iterative process to examine all features of their data and eventually make discoveries possible. This usually starts by creating gene sets for known cell processes or populations. These genes can then be used to produce dimensionally-reduced parameters (DRPs) and help cluster populations. SeqGeq also offers a novel Pivot function that yields a Gene view, which makes identification of differentially-expressed gene sets between populations of cells a snap.

This tool works by illustrating normalized gene expression values per population on the X and Y axes. This arrangement differs from the normal Graph window, where cells are plotted based on transcription profiles from gene sets or individual genes on the graph’s axes. This will help you to set up new gene sets while analyzing your dataset. 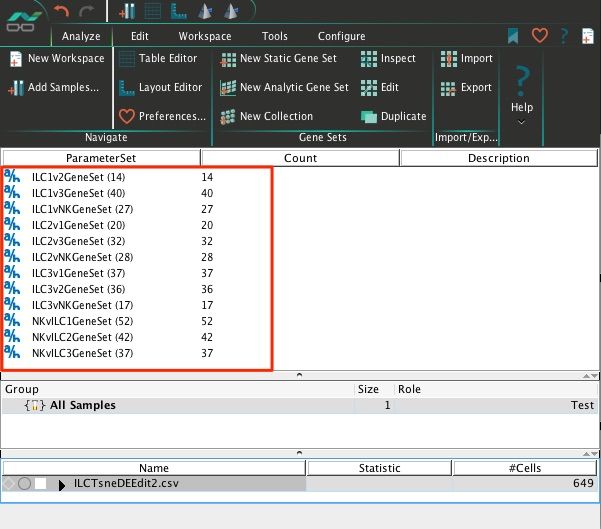 Alternatively—or subsequently—you might go directly to gating subpopulations using the gene sets themselves or DRPs derived from these genes. In some cases, you may even have characterized cells by FACS, tissue resection, or imaging prior to performing RNA-seq. This will then lead to the inclusion of a categorical parameter within the dataset, allowing speedy and accurate isolation of populations based on those characteristics measured outside the RNA-seq profile. This can facilitate powerful deductions about the role of transcriptional profiles in the greater cellular landscape. 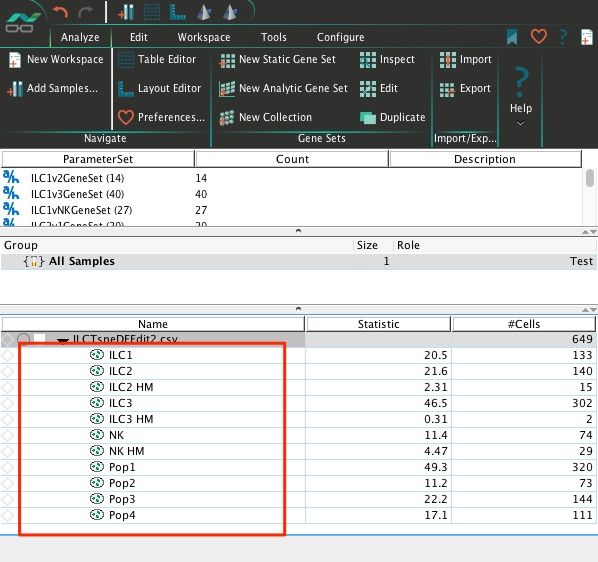 Depending on your findings, you might want to begin the cycle again—performing tSNE on genes of interest from within the previously characterized populations or finding new sets of differentially-expressed genes between populations of interest. This way, each iteration should help you tease out deeper and deeper insights from your data.