Also known as Gene view, the Pivot function in SeqGeq is a robust and unique feature.

This feature allows you to “flip the table” on a large set of genes, so to speak, and look at those gene parameters as events within the Graph window.

Note: This function is not a simple axes transform; it is more akin to a table transpose. If we think of cells in an LMD/CSV file as rows of a table and the corresponding parameters as columns, we are now plotting the columns (genes) according to the row (cell) values.

Clicking the Pivot button in a Graph window illustrates your data in this novel “Gene View.” This view represents all genes in your data as single dots in a graph, similarly to the way cells are typically represented within the normal Graph window. The difference is that instead of transcription numbers per cell, the values illustrated are normalized gene expression values between populations, which you select as X and Y axes within the pivoted window. 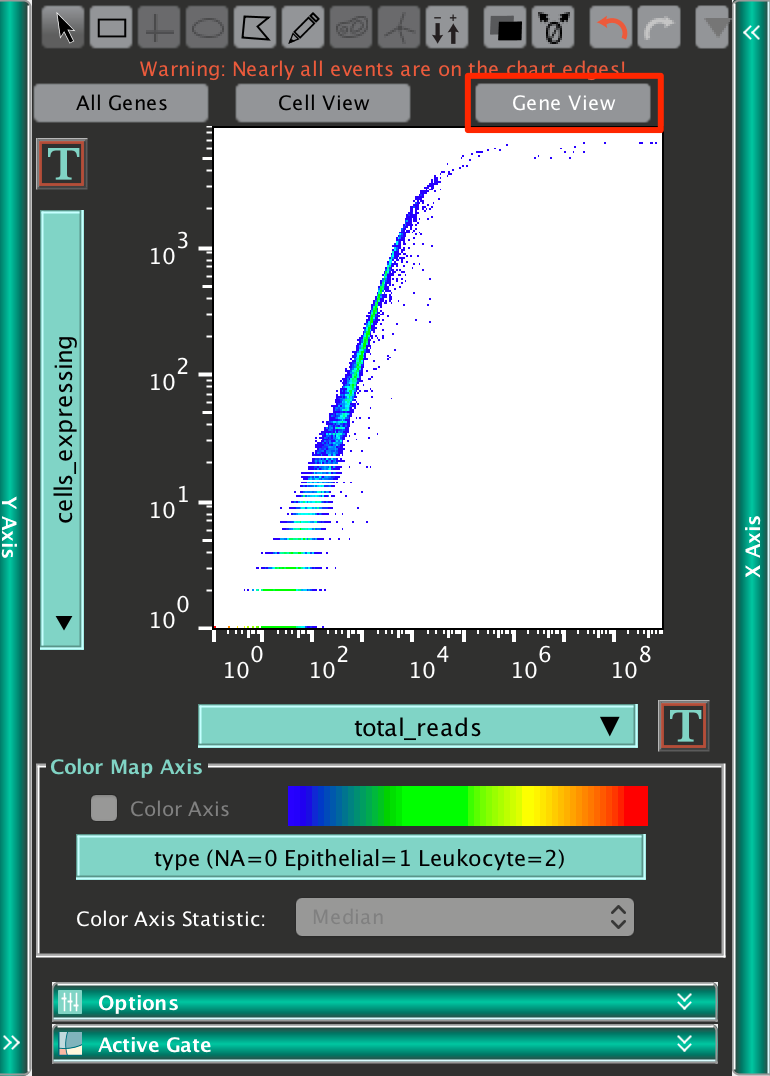 The specific default normalization used is the mean transcription of each gene with regard to the total sample. Normalizing expression to the total sample means users can compare across populations within the Gene view, without concern for their position in a gating hierarchy.

The main benefit of this view is that it allows you to gate parameters geometrically to create analytic gene sets composed of genes differentially expressed to some degree of fold in one population with regard to another.

Thus, for example, illustrating RNASeq subsets of T-Cells and NK cells from a PBMC sample within the pivoted window could be used to discover—very quickly and easily—genes differentially expressed within the T-Cell population relative to the NK subset. Conversely, you could discover those genes that express highly within NK cells but not at all in the T-Cells.

The ParameterSet viewed within the Gene View can be adjusted by clicking on the GeneSet selector in the top left hand corner of the Graph Window, while viewing pivoted data: 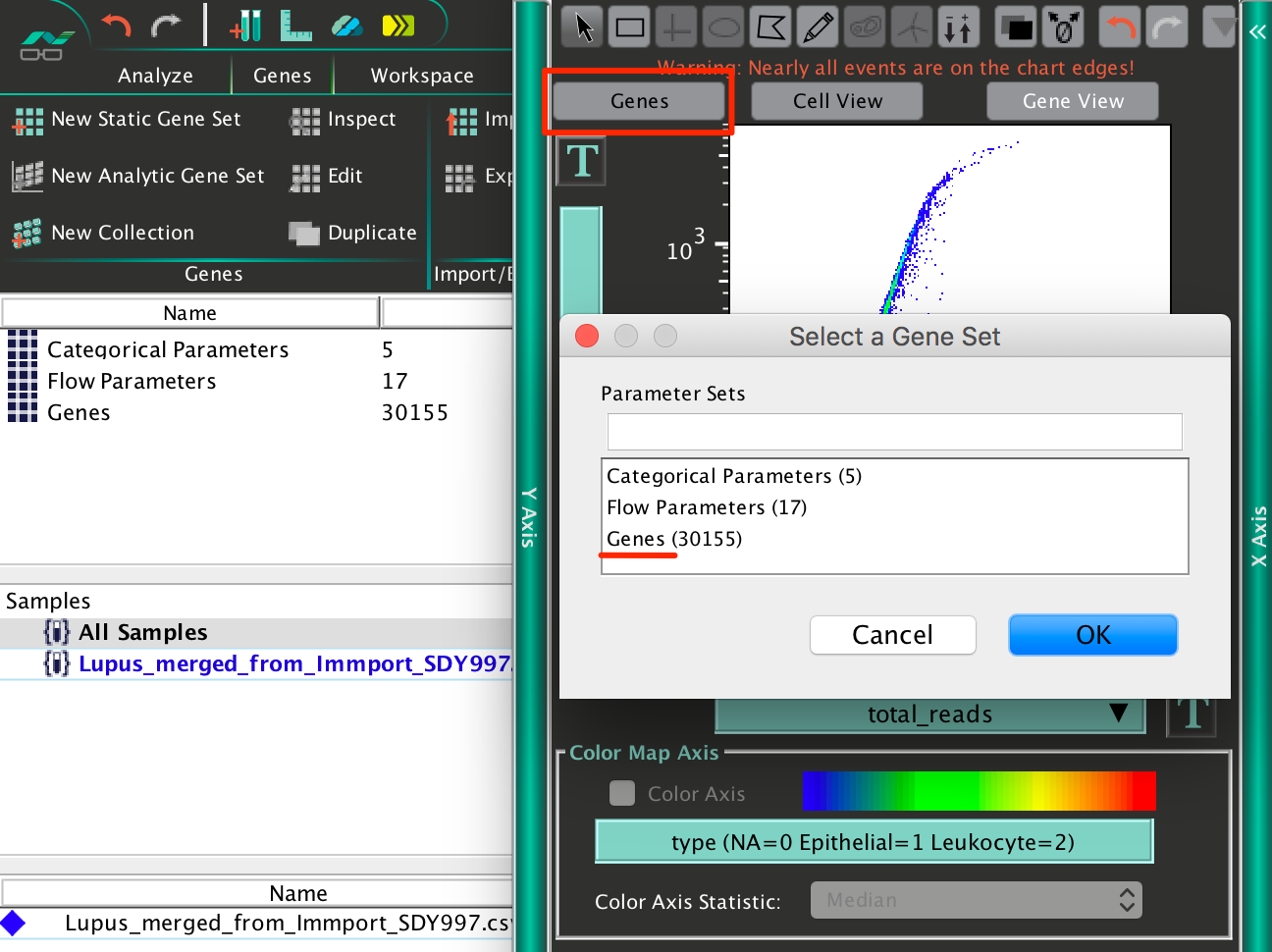 This will limit the parameters displayed in the Gene View to the set selected. Allowing users to gate only on gene parameters, for example – potentially removing: flow, categorical, synthetic and analytical parameters.

For questions regarding the Pivot function in SeqGeq please reach out to: seqgeq@flowjo.com