The Downsample platform reduces the number of events in a data matrix by generating a subpopulation containing cells distributed regularly or randomly throughout the selected parent population.

The Downsample feature is available once a population has been selected, from within the Discovery section of SeqGeq’s Analyze tab of the workspace: 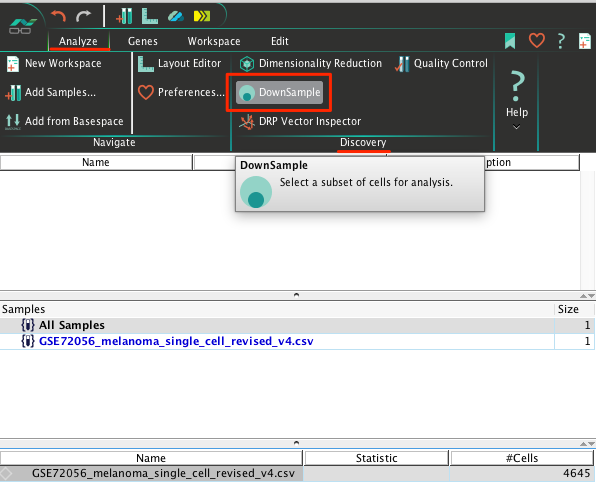 Downsampling can be used in a number of different scenarios – Commonly researchers will want to reduce the number of events in order to speed up calculations for computationally intensive operations, such as tSNE or the Seurat plugin. Another function provided by this tool is the ability to make uniform (normalized) population sizes for concatenation, comparison and/or control.

The Downsample platform in SeqGeq contains a number of different settings, depending on your desired output population. 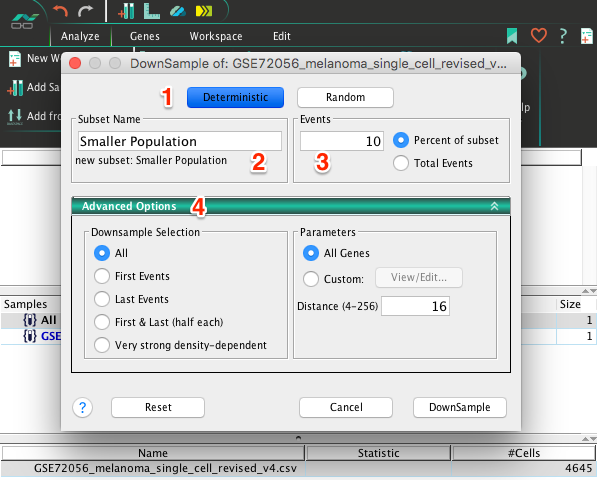 The Downsample platform produces a sub-population, including only the number of events specified: 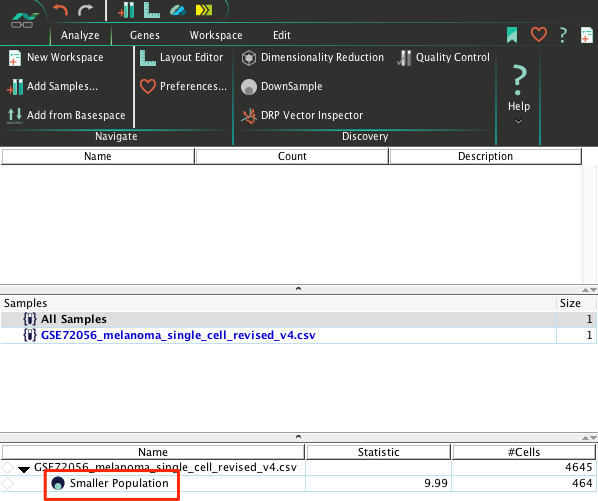 For questions around the use of this or any other feature in SeqGeq we encourage you to write to: seqgeq@flowjo.com