Need to find that complicated sub-population? FlowJo’s Boolean gating options make it easy to find cells that express a and b, x or y but not z.

FlowJo’s hierarchical gating method automatically designates basic AND Boolean logic by showing one sub-population indented and underneath another in the Workspace window. You may wish to do more complicated gating to identify certain sub-populations. Applying AND, OR or NOT gates to your sub-populations generates new populations and statistics.

Boolean gates are “live”, meaning that they will reflect any changes to the gates on which they depend.

Why would I need Boolean gates?

As an example, let’s assume you have 3 types of cells being examined (labeled Lymphocytes-1, Lymphocytes-2, and Lymphocytes-3 in the graph below) with varying levels of expression of antigens A (FSC-A, x-axis) and B (SSC-A, y-axis). Depending on your interests, you may wish to include or exclude certain sub-populations from your analyses. A conceptual model of AND, OR, and NOT Boolean gating in FlowJo is discussed below. 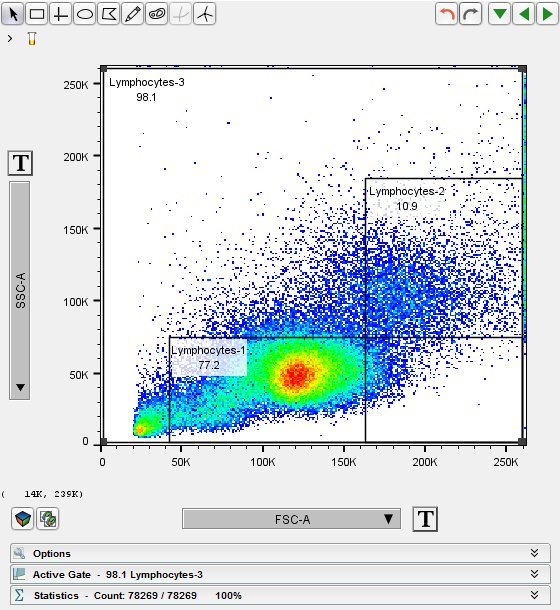 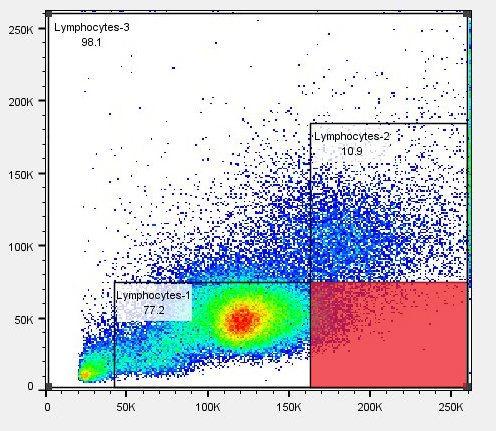 To create an AND Boolean gate, select 2 (or more) populations from the workspace (hold down Control button on PC or Command button on Mac) and then select the “Make AND Gate” option from the Boolean band.

OR Boolean gating creates a population that includes all cells within 2 or more specified gates.

To create an OR Boolean gate, select 2 (or more) populations from the workspace window (hold down Control button on PC or Command button on Mac) and then select the “Make OR Gate” option from the Boolean band.

NOT Boolean gating creates a population that includes all cells that are outside a selected gate.

Following the example above, you decide you’re interested in all the sub-populations except those gated as Lymphocytes-1. By making a NOT gate for Lymphocytes-1, FlowJo creates a graph and statistic that includes all populations outside the Lymphocytes-1 gate (shaded in red, pictured below). Note the “/” symbol in the petri dish for the Boolean gated population in the Workspace window. 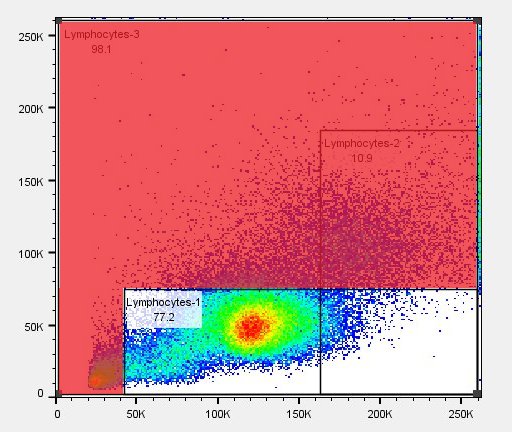 To create a NOT Boolean gate, select a population from the workspace window and select the “Make NOT Gate” option from the Boolean band.

In addition, you can easily change an existing gate to a NOT Boolean gate, in the Active Gate area of the graph window by unchecking the “Events Inside” box.

Boolean expressions can be arbitrarily complex; you can select previously defined Boolean gates from the workspace for inclusion in new Boolean gates.

You can also create a gate that is a Boolean combination of any existing gates using all the Boolean functions, including OR, AND and NOT.

You can also create Combination Gates.