Seurat is an extremely popular pipeline for analyzing single cell RNA Sequencing (scRNA-Seq) data developed and maintained by the Satija lab.(1) We’ve implemented this tool as a plugin in SeqGeq in order to make the features there available for our users and simplify the process of producing results from the Seurat pipeline as simple as possible.

Plugins for all of FlowJo, LLC’s applications are hosted for free at The FlowJo Exchange.

After downloading the plugin and placing it in your SeqGeq Plugins directory you still need to perform a few steps to get this tool running on your system:

a) Connect your R application and SeqGeq Plugins directory to SeqGeq through the Diagnostics section of the preferences there (Seurat was tested using R versions 3.4.1 and 3.4.2). 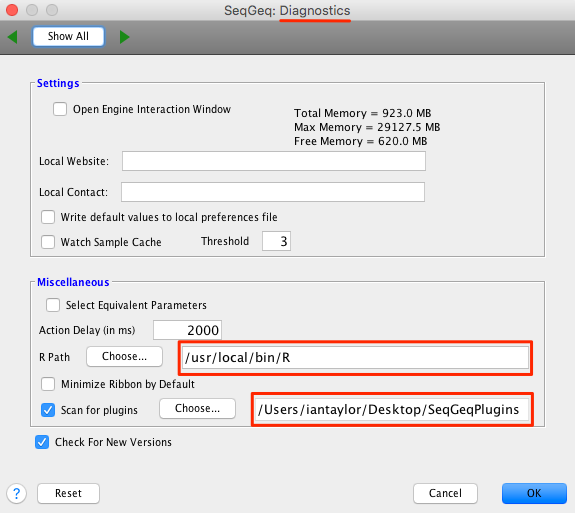 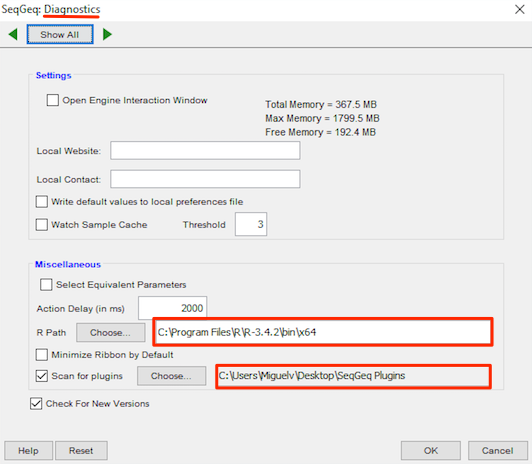 b) Instal the Seurat R packages using the following commands there:

Once the plugin is correctly connected to SeqGeq and dependencies made available in R, you can run the plugin by selecting a population on which you’d like the Seurat plugin to analyze, going to the Workspace tab, and selecting “Seurat” within the Plugins there: 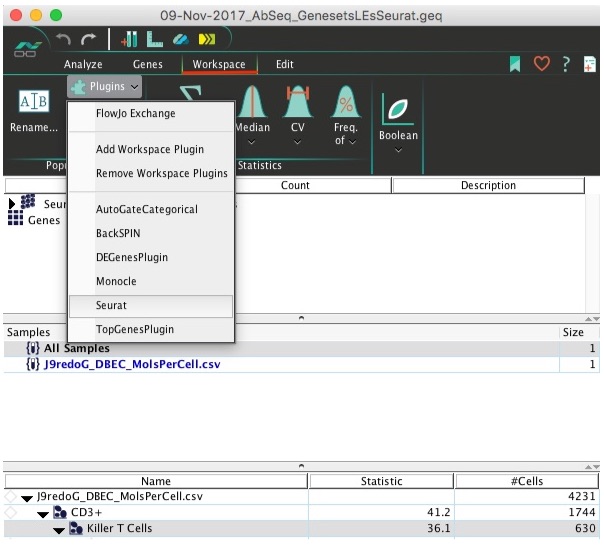 After choosing the plugin you’ll be prompted to enter some options. Mousing over the various fields there will bring up tool tips describing what the various options change, with regard to the analysis.

After the plugin runs, it will generate a pair of tSNE parameters within your data, as well as a set of graph based clusters from a K Nearest Neighbors algorithm (and corresponding categorical parameter), and gene sets representing the top most differentially expressed genes from each cluster: 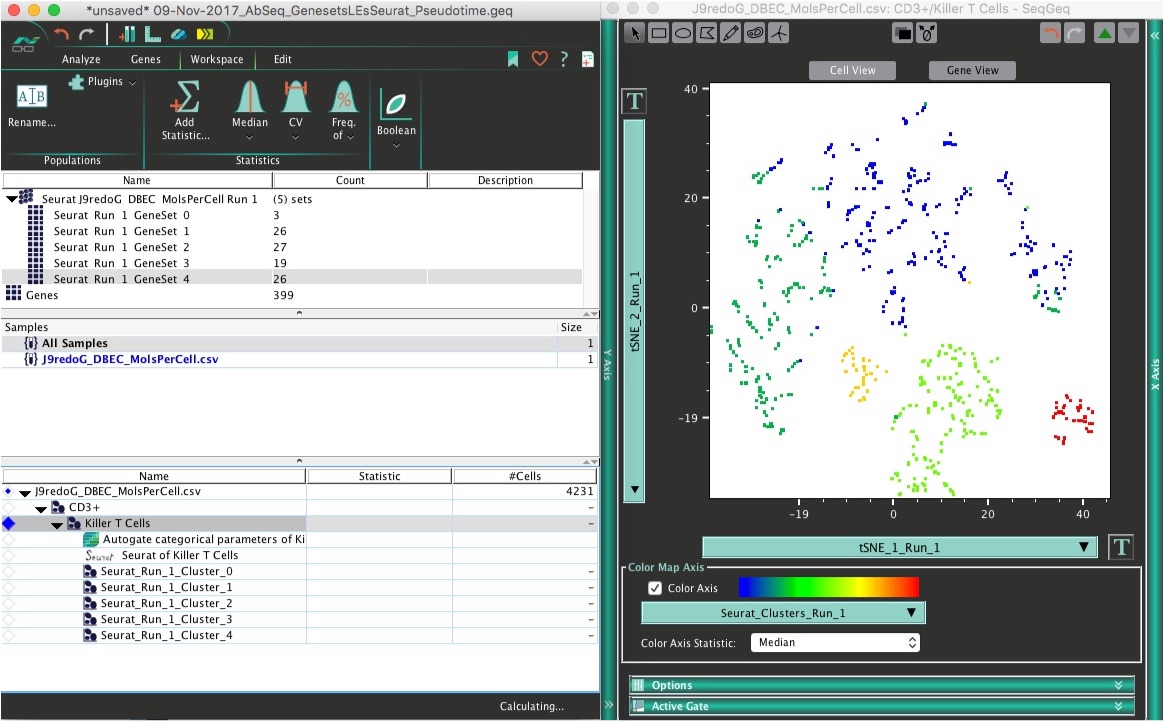 If you have any questions or concerns regarding this or any other plugin for SeqGeq, we would welcome your feedback: seqgeq@flowjo.com

1. Seurat is developed and maintained by the Satija lab, and is released under the GNU Public License (GPL 3.0).