Placeholders are a way of letting FlowJo work with graphs inside a layout without the computation-intensive task of recalculating all the image information whenever you update a graph, gate or text box in the Layout Editor. 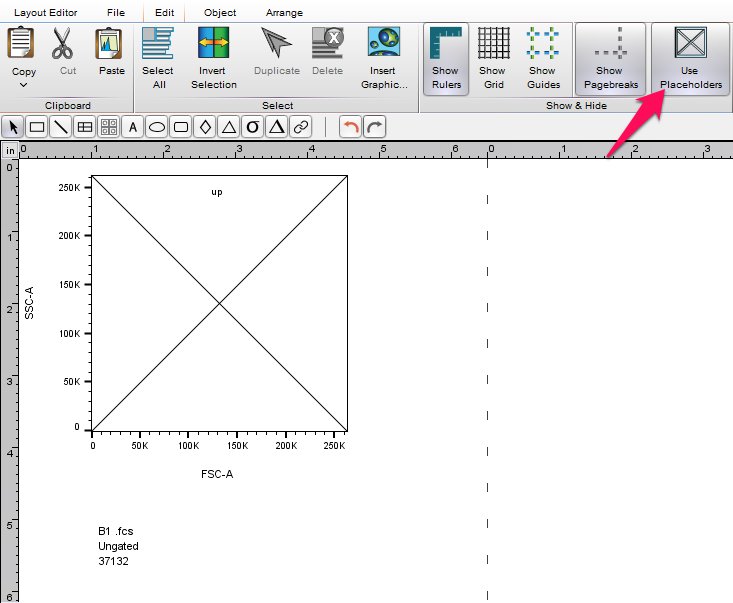 The time to calculate a graph of a large data set can be several seconds. In a layout, which may contain several to dozens of graphs, this recalculation can be very time consuming. Therefore you are able to tell FlowJo to defer calculation until later, and to represent the graph as simply a box with diagonals running through it.

Use the Placeholders checkbox in the Edit Tab (see picture above). Note that this setting only applies to the layout editor itself. Whenever you produce a batch report, the graphs are fully calculated regardless of this setting.

There are a couple other times when placeholders may be drawn in the layout editor, even when you don’t have the Placeholders box checked. If the layout is zoomed way out (less than 25% magnification) then text boxes will be turned into placeholders. Also, if any of the graphs in the layout are based upon parameters which are not available within the current iteration value, or it is otherwise impossible to draw a graph based on the data available to FlowJo, then it will simply draw the placeholder instead.

You can toggle placeholders in the layout editor edit menu (as seen in the screenshot above).  You can also select  FlowJo preferences (represented by the blue heart) and then choose Layouts. You will see the following interface.

More on these Layout preferences here. 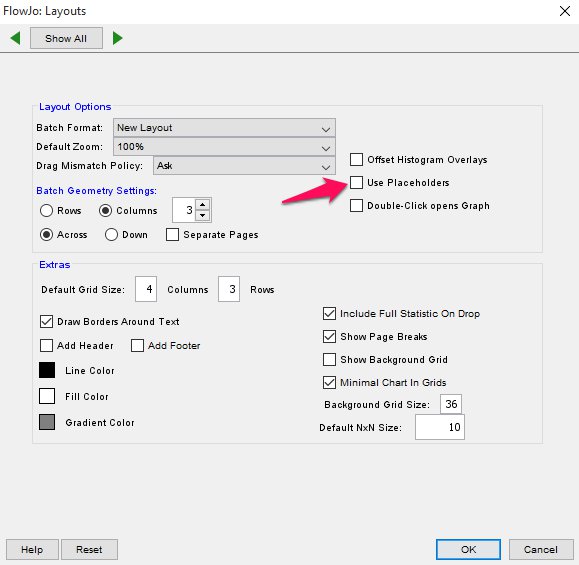