The Spillover Spreading Matrix (SSM) is available from the Compensation Editor.

To generate a spillover spreading matrix in FlowJo visit the compensation editor, select the matrix of interest and click the “SSM” button there: 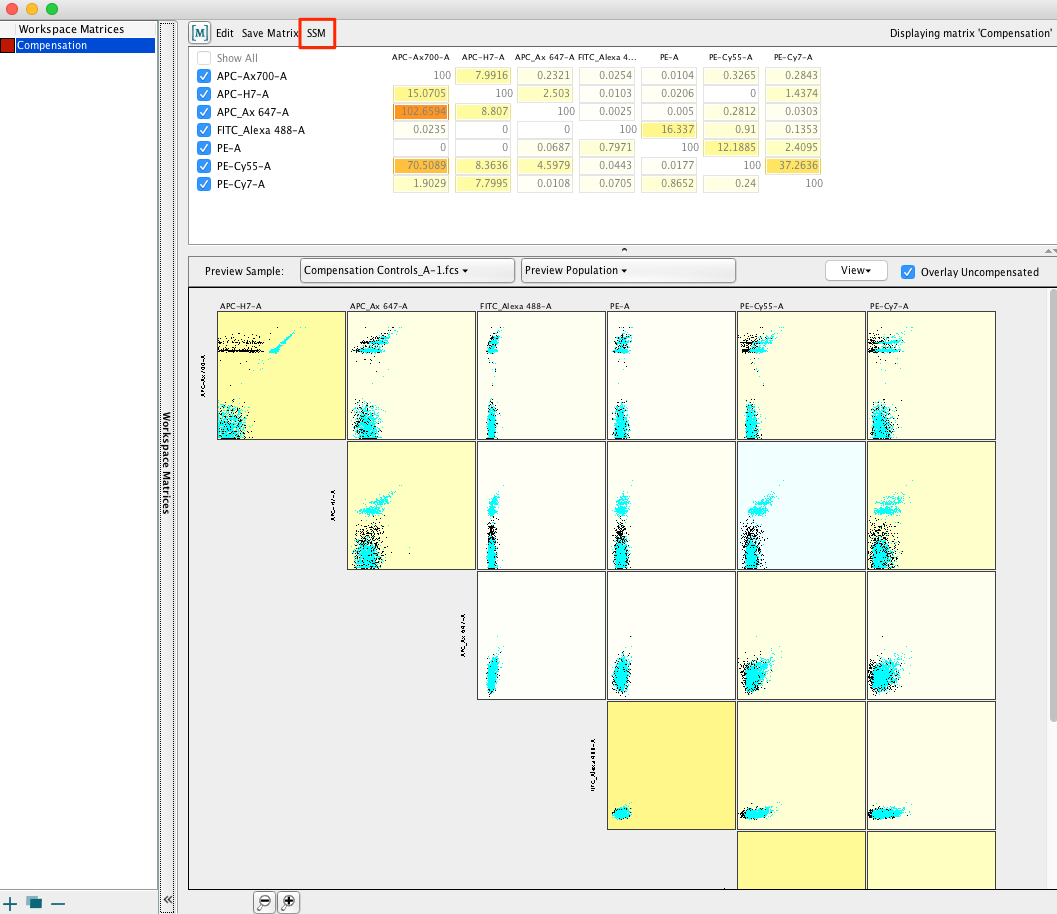 Spillover spreading is construed as the impediment of signal detectable above background, and is intrinsic to the configuration of a given instrument. The spillover spreading for a given detector/spillover-color pair can be calculated empirically by taking the square root of differences in squared robust standard deviations of measured fluorescence intensity from unstained negative and singly stained positive control populations:

These values can be calculated for each detector staining pair, resulting in the spillover spreading matrix. The values within this matrix are not a percentage, but represent a standard deviation of spillover, AKA signal spread. The values in these matrices are directly comparable, though they only describe one part in a complex system which contributes to the quality of a flow panel.

Quality control of instrument sensitivity – Since signal spreading directly effects channel sensitivity and results between similarly configured machines are readily comparable, the SSM can be used as a benchmark of configuration and performance quality control.

If you have any questions about the spillover spreading matrix function, or compensation in general, please reach out to FlowJo applications engineers: techsupport@flowjo.com