FlowJo’s Proliferation tool looks for a pattern typically expressed by cells loaded with fluorescent dye and allowed to divide. Typically this tool is used to model the sample as it undergoes 3-6 divisions and generate related statistics. FlowJo University has a great webinar that demonstrates how to use the proliferation tool. A common probe for this assay is CFSE, but several others are also.

The Proliferation Platform can be found with other platforms under “Biology” in the “FlowJo” tab. It is a good idea to do some initial clean up gating (size, live/dead, singlets, etc.) to isolate a population to preform proliferation analysis on. 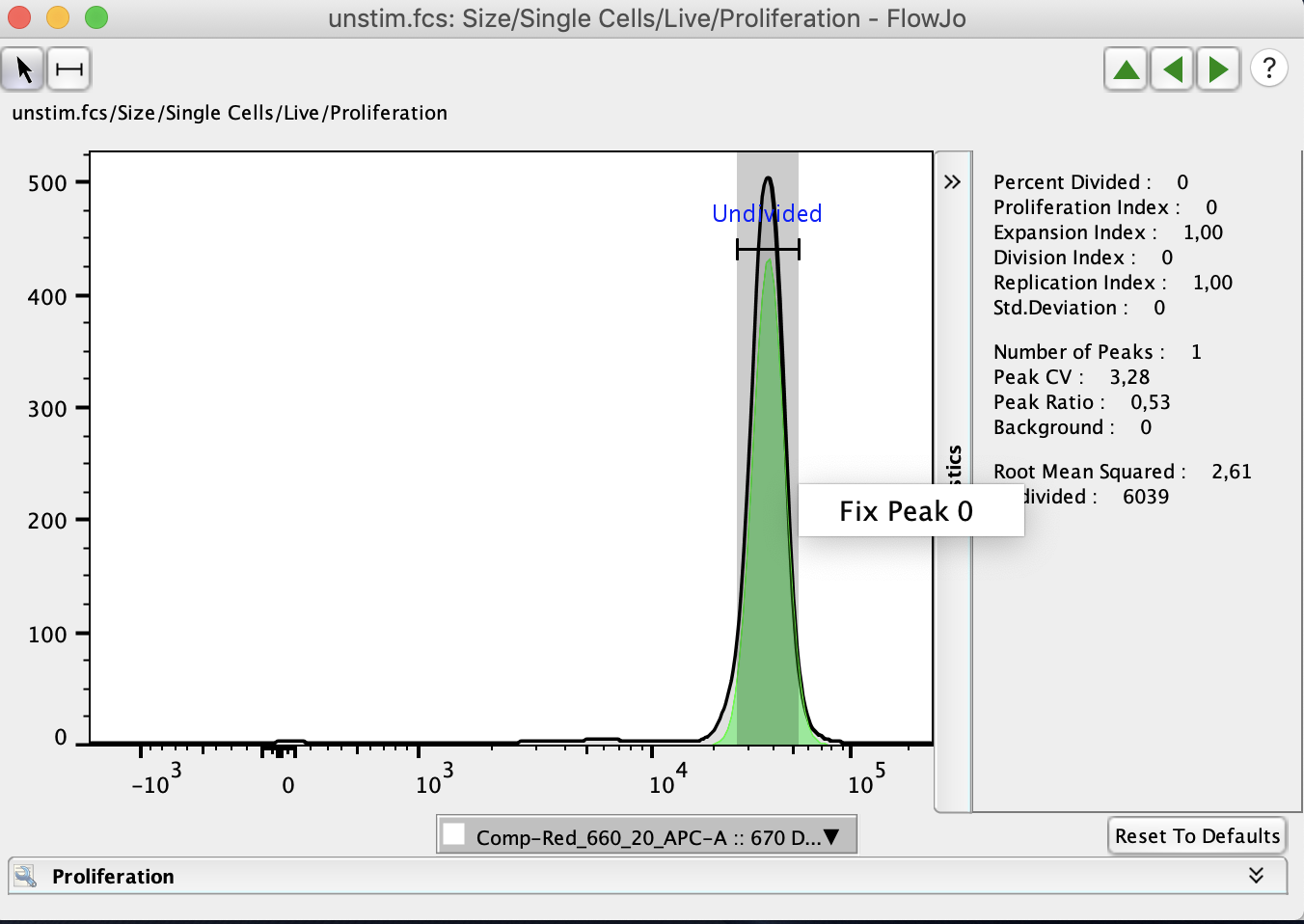 When proliferation is first applied to a sample, FlowJo will try to estimate the optimal Peak Ratio and CV to represent the population. These can be manually adjusted and fixed so that they are consistent across the proliferation analysis. The number of peaks also need to be adjusted to represent the number of peaks present in the analysis. Typically, FlowJo will set a peak ratio close to the expected 0.5 percent. It is expected that each time a cell divides each of the two cells in the next generation will have half as much dye, so their signal will be half as intense.

The “Create Gates” button can be used to quickly create gates on the population representing each of the proliferation peaks. 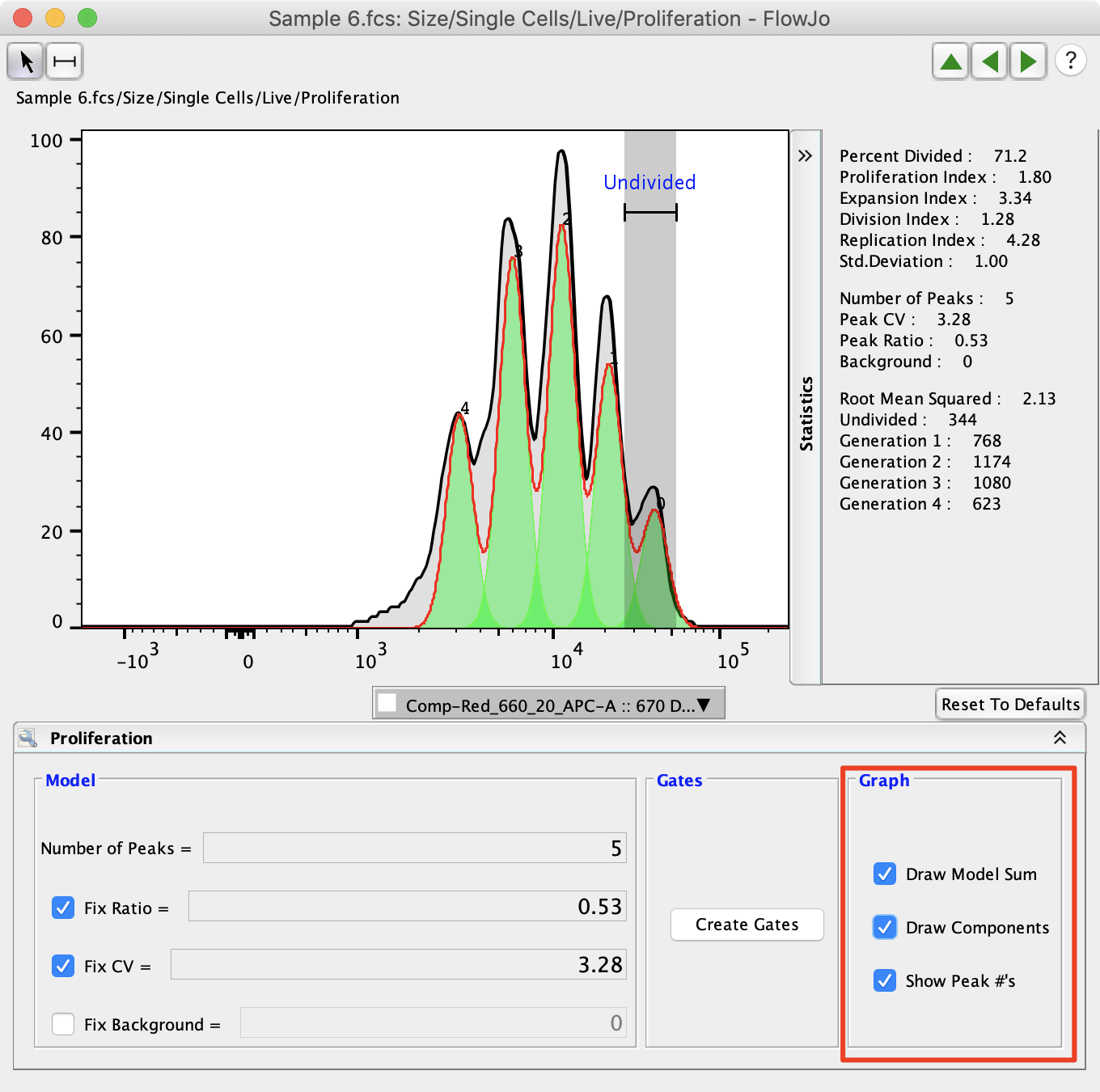 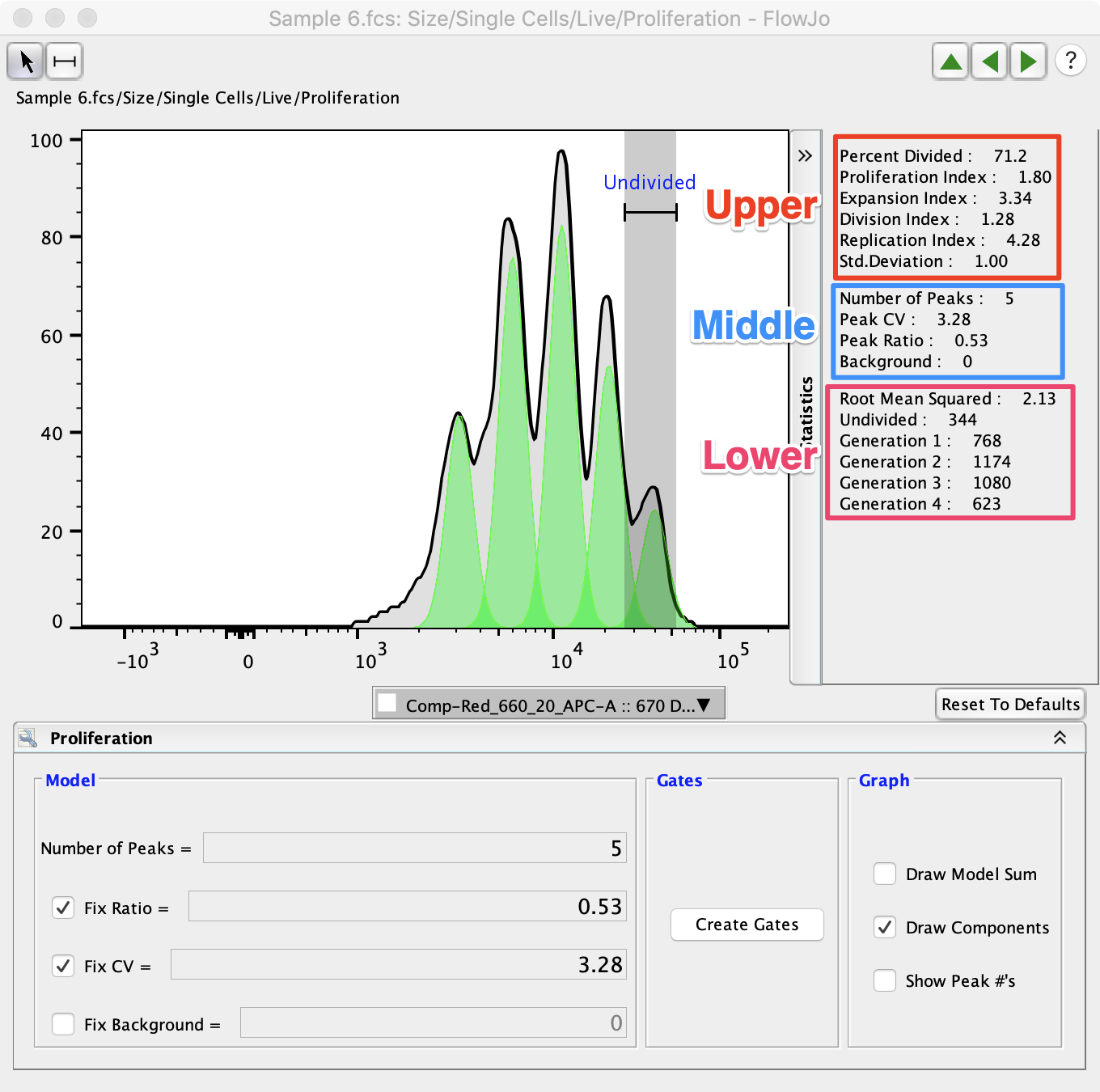 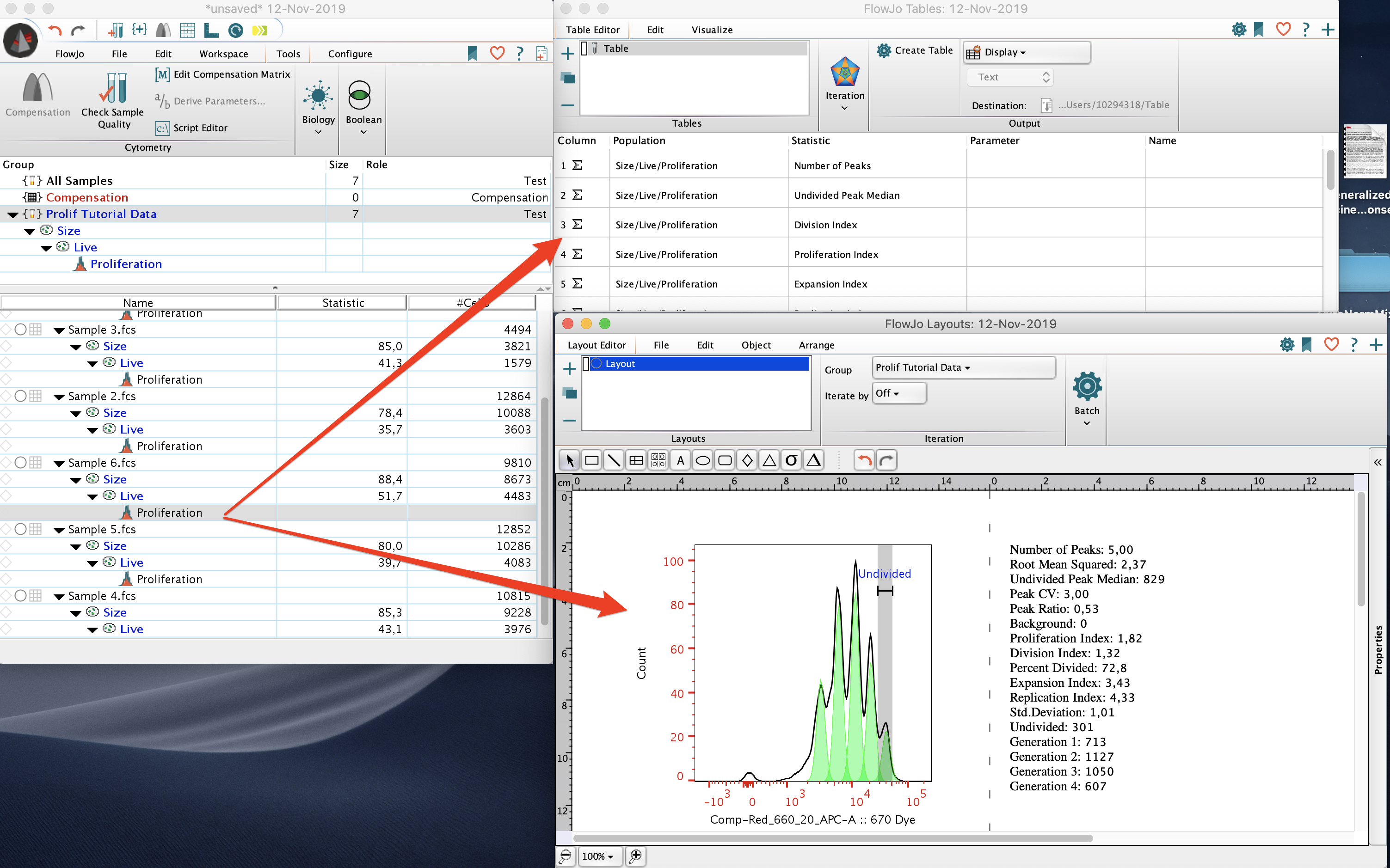 Show Overlay: After you Create Gates, select the Show Overlay button to open the Multigraph Overlay in the Layot editor, showing each generation’s gate displayed on a bivariate plot with the parameters of your choice. At right, a contour plot of each subpopulation on Forward vs. Side Scatter.

Division Index is the average number of cell divisions that a cell in the original population has undergone. This is an average even for cells which never divided (i.e., includes the undivided peak).

%Divided is the same as the Precursor frequency.

Peak CV is the coefficient of variation for the peaks.  The same value of CV is modeled for all peaks.  Typically, this value is 4-7%.

Peak ratio is the ratio of fluorescence between subsequent peaks.  i.e., 0.5 implies that peak “n” has half as much fluorescence as peak “n – 1”.  Values > 0.5 are not biologically meaningful, and usually arise when the log amp is not very good.  The value should be close to 0.5.

As an example of how Proliferation Index and Division Index would be calculated, consider the following:

Division Index: Total Number of Divisions / The number of cells at start of culture

If the model does not fit the data in a preferable way, the Model Parameter Adjustments can be used to obtain a better fitting model.

As with all other platforms in FlowJo, the Proliferation Node can be applied to groups of samples by dragging.

Each generation can be analyzed separately (double click the generation number to open a graph).

If you have any questions about platforms in FlowJo, or proliferation in particular, reach out to: flowjo@bd.com