Spectral analyzers collect all emitted florescence simultaneously, then use spectral unmixing to separate the individual colors.  Spectral unmixing is the process in which a set of controls that represent each fluorescent color individually, similar to compensation controls, are used as exemplars to deconvolute the total measured signal into the individual color contributions.  The result is a set of indexed data, with an intensity for each parameter for each cell.  When exported as an FCS file FlowJo reads and displays it just like any other FCS file.

FlowJo displays every parameter of SP6800 data in biexponential scale by default, with the exception of TIME.   A comparison data from the Sony SP6800 acquisition software and FlowJo is shown below. 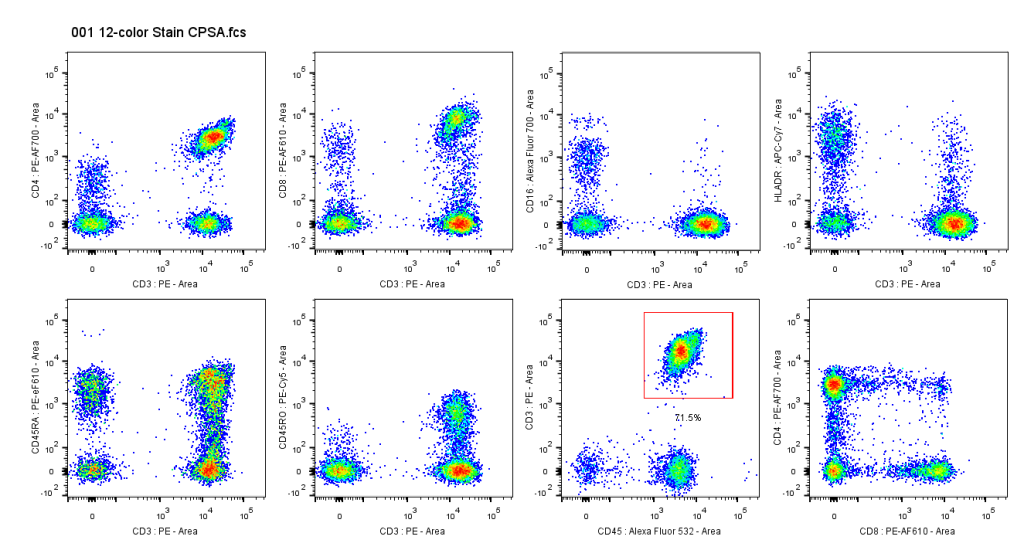 A note about compensation:  While FlowJo displays a matrix badge when a sample in the workspace has a compensation matrix (either from the acquisition software or calculated using the compensation editor), FCS files from the spectral analyzer do not have a matrix in a traditional sense and thus files that have been “compensated” e.g. using the LSM algorithm will not display a matrix badge.